Talmudism at the Supreme Court

One pictures the scene: Five justices arguing long into the night over whether the insurance-mandate penalty is constitutional under the Commerce Clause or under the tax power. As usual for the rest of us it's of no consequence: Either way we get it in the neck.

You'd think that any X is either a tax or not a tax. It's the law of excluded middle, right? The Supreme Court begs to differ. The penalty under Obamacare for not buying health insurance is a tax when the question is its constitutionality, but it is not a tax when the question is whether it violates the Anti-Injunction Act, which prohibits lawsuits against taxes before they take effect.

TGIF: “Cleaning Up After the Elephants (and Donkeys)”

Op-ed: “How to Get Money Out of Politics” 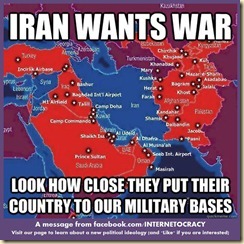 Funny to hear the Obamians blame the Great Recession on "the policies of the past." They approve of what caused the financial and housing debacle: easy money and easy housing.
Posted by Sheldon Richman at 6:49 AM 0 comments

If you're not convinced that nationalism is cultish, look up the rules for the proper handling of an American flag. My favorites:

Posted by Sheldon Richman at 10:10 AM 4 comments

Labels: nationalism
Email ThisBlogThis!Share to TwitterShare to FacebookShare to Pinterest

On Reaching the Pearly Gates

I don’t believe in the god of Abraham, Isaac, Jacob, Jesus, and Muhammad. But should it turn out that this deity exists and should it ever ask me to explain why I haven't been in a house of worship for decades, here’s what I plan to say:


Oh, I’m sorry. I was under the impression (having read the Prophets) that the truest way to honor a genuinely benevolent god (if one could exist) would be to “do justice, love mercy, and walk humbly” (Micah 6:8). That’s what I’ve tried to do. I had trouble taking seriously the idea that the ticket to paradise was obtained by sitting in a specially designated building one or more more times a week and laying disgustingly fawning praise written by someone else on you. At least that’s not what I’d want from people if I were in your place. Now do with me whatever you think right.

Scientists are human beings. That's not meant to be a compliment.
Posted by Sheldon Richman at 4:22 PM 0 comments

Labels: science
Email ThisBlogThis!Share to TwitterShare to FacebookShare to Pinterest

The Hell with It!

The inventors of religion overreached. Hell is so obviously improbable that no one is really deterred from doing whatever he wants to do. Come on. Eternal fire and brimstone? Gimme a break! Less is more in a case like this. You threaten to send me to a place without, say, bacon -- and you can bet I'm gonna be good.
Posted by Sheldon Richman at 3:16 PM 2 comments

TGIF: There’s No Such Thing as Economic Freedom

Posted by Sheldon Richman at 7:13 AM 0 comments

Remember when conservatives feared that a president with the middle name Hussein would be reluctant to slaughter Arabs and Muslims?

Posted by Sheldon Richman at 8:50 AM 0 comments

U.S. War Secretary Leon Panetta says he and other American muckety-mucks are “reaching the limits of our patience” with Pakistan. That’s what I call chutzpah. You’d think Pakistani drones were flying in U.S. airspace killing American children.

Posted by Sheldon Richman at 7:45 AM 0 comments

More on the Six-Day War

On this day 45 years ago, the Six-Day War between Israel and its Arab neighbors continued. For insight into the alleged threat Israel faced--and how the Israeli military saw it--read Miko Peled's LA Times op-ed, "Six days in Israel, 45 years ago." Peled is the son of Israeli General Matti Peled (1923-1995), who was then the Israel Defense Forces' chief of logistics.
Posted by Sheldon Richman at 7:24 AM 0 comments


In early June of 1967, at the onset of the Six Day War, the Pentagon sent the USS Liberty from Spain into international waters off the coast of Gaza to monitor the progress of Israel's attack on the Arab states. The Liberty was a lightly armed surveillance ship.

Only hours after the Liberty arrived it was spotted by the Israeli military. The IDF sent out reconnaissance planes to identify the ship. They made eight trips over a period of three hours. The Liberty was flying a large US flag and was easily recognizable as an American vessel.
A few hours later more planes came. These were Israeli Mirage III fighters, armed with rockets and machine guns. As off-duty officers sunbathed on the deck, the fighters opened fire on the defenseless ship with rockets and machine guns.

A few minutes later a second wave of planes streaked overhead, French-built Mystere jets, which not only pelted the ship with gunfire but also with napalm bomblets, coating the deck with the flaming jelly. By now, the Liberty was on fire and dozens were wounded and killed, excluding several of the ship's top officers.

...After the Israeli fighter jets had emptied their arsenal of rockets, three Israeli attack boats approached the Liberty. Two torpedoes were launched at the crippled ship, one tore a 40-foot wide hole in the hull, flooding the lower compartments, and killing more than a dozen American sailors.

...Within three weeks, the Navy put out a 700-page report, exonerating the Israelis, claiming the attack had been accidental and that the Israelis had pulled back as soon as they realized their mistake. Defense Secretary Robert McNamara suggested the whole affair should be forgotten. "These errors do occur," McNamara concluded.

...The Pentagon lied to the public about the attack on the Liberty from the very beginning. In a decision personally approved by the loathsome McNamara, the Pentagon denied to the press that the Liberty was an intelligence ship, referring to it instead as a Technical Research ship, as if it were little more than a military version of Jacques Cousteau's Calypso.

Also see "What Phil Saw that Day," by Gilad Atzmon, and "The Assault on the USS Liberty Still Covered Up After 26 Years," by James M. Ennes Jr.

Posted by Sheldon Richman at 6:30 AM 3 comments

Forty-five years ago at this time the Six-Day War raged between Israel and Egypt, Syria, and Jordan, leading to the occupation of the West Bank, East Jerusalem, the Gaza Strip, the Golan Heights, and the Sinai Desert (the last since relinquished). The Palestinians of the West Bank and Gaza have lived under Israeli control since that time, with the land of the West Bank progressively annexed de facto with Jewish-only settlements and a forbidding wall that surrounds Palestinian towns and separates families' homes from their farmland. In Arabic this is known as an-Naksah, the setback.


What follows is excerpted from my "'Ancient History': U.S. Conduct in the Middle East Since World War II and the Folly of Intervention," published by the Cato Institute August 16, 1991. (See full paper for references.) For more, see my “Israel's 1967 Attack Was Aggression; Israel's Current Occupation Is Illegal,” Washington Report on Middle East Affairs, July 1991. The Six-Day War, 1967

In six days during June 1967, the Israeli military devastated the air and ground forces of Egypt, Syria, and Jordan and occupied the Sinai, the Gaza Strip, the Golan Heights, the West Bank (an area west of the Jordan River), including East Jerusalem. The Six-Day War established Israel as the premier military power in the Middle East. Israel's might was a product of American money and French armaments, in addition to dedicated personnel. The war also established the idea of Israel as a U.S. strategic asset in the region.

Before discussing the U.S. role in the war, it is necessary to briefly explain how and why the war was fought. Its start is generally treated as a preemptive, defensive strike by Israel, necessitated by mortal threats from its neighbors. The facts show otherwise. Kennett Love, a former New York Times correspondent and a scholar of the Suez crisis, wrote that Israel drew up "plans for the new war . . . immediately after the old. . . . The 1956 war served as a rehearsal for 1967."[99] That is important because it bears on the Arab reaction to the U.S. role, a reaction that has shaped subsequent developments in the region.

Read more »
Posted by Sheldon Richman at 6:44 AM 0 comments

Only a super low turnout at the polls would send a message that we are fed up. So stop agonizing over whom to vote for, and resolve not to vote. (Your vote certainly will not decide the election under any circumstances.)

Posted by Sheldon Richman at 11:30 AM 1 comments