The Gig Is Up

My 15-year gig editing The Freeman will end September 30. I'm looking for a full-time editorial position with an online or paper publication.
Posted by Sheldon Richman at 2:15 PM 14 comments

From Philip Weiss and Annie Robbins of Mondoweiss comes the following upsetting story:

The Israeli veterans' organization Breaking the Silence released a shocking new report this morning on the abuse of Palestinian children in the occupied territories.

The report, in pdf format, is “Breaking the Silence: Children and Youth, Soldiers’ Testimonies 2005-2011. BTS also posted a series of video testimonies in which former Israeli soldiers describe the abuse of Palestinian children.

BTS is an extraordinary organization and website. In its own words:

“Breaking the Silence” is an organization of Israeli veterans who served during the Second Intifada, beginning in 2000. The organization aims to make public the everyday life routine as it exists in the Occupied Territories, a reality that remains voiceless in the media, and to serve as an alternative information conduit for the public at large about the goings-on in the State of Israel’s ‘backyard’. The organization was founded in 2004, and since then has received unique public and media standing, bearing the voice of soldiers who have previously kept silent. Since its inception, over 800 male and female soldiers have given testimony about their experiences in the military. They described the reality of military rule in the Occupied Territories for the past twelve years, as reflected by the soldiers’ point of view.

The main purpose of “Breaking the Silence” is to arouse public discussion of the moral price that Israeli society pays for a reality in which young soldiers face a civilian population and dominate it on a daily basis. Every testimony published by the organization undergoes careful research. This includes verification of the facts and crossing-checking them with other testimonies and archive materials of human rights organizations active on the ground. Our journalistic mode of operation requires the
identity of testifiers to remain confidential.

Weiss and Robbins note that this story is being reported in the UK, by the Guardian and the Independent. Can we expect coverage from the mainstream US media?

The most grotesque incidents in the report involve the oppression of entire villages and cities. Soldiers are so bored in Hebron that they provoke riots. They stop people’s movements entirely for hours on end till someone at last lashes out and then the soldiers retaliate and soon there is a full-fledged riot. The soldiers and commanders seem to regard this as a form of entertainment. Shocking.

In coming days I hope to reproduce some of the testimonies here, thanks to the permission of BTS.

While Israel—cheered on by its American boosters led by AIPAC and Mitt Romney—beats the drums ever louder for a war of aggression against Iran, President Obama in late July signed the United States-Israel Enhanced Cooperation Act. This was hardly a signal that Obama would like to defuse the explosive situation building in the Middle East. The Rose Garden signing, attended by AIPCA representatives, came on top of the latest in a series of harsh economic sanctions approved by AIPAC-dominated Congress and Obama against the Iranian people. This intensifying economic warfare is predictably creating hardship for average Iranians, including shortages of life-saving medicines. (Sanctions come on top of covert warfare and assassination of Iranian scientists by Israel and cyber warfare by the United States, and an increasing U.S. presence in the Persian Gulf and surrounding area. Iran is nearly ringed by U.S. military installations.)

Read more »
Posted by Sheldon Richman at 5:27 AM 0 comments

I cannot recommend too highly Joseph Stromberg's Reason review of Fred Pearce's The Land Grabbers. Libertarians were once interested in the land question (neofeudalism) and land reform, particularly in the developing world today. Unfortunately that interest was short-lived, though left-libertarians like Kevin Carson, Gary Chartier, Roderick Long, Charles W. Johnson, and Stromberg are trying to revive it. The point is that economic theory, no matter how sound, that ignores facts on the ground will be unsatisfactory. Worse, it may leave the impression that the current world largely conforms to the "free-market" ideal. This is an especially important lesson for libertarian college students who discuss ideas with progressive-minded students and professors. If libertarians are ignorant of history and current developments, such as the wholesale corporatist land-grabbing taking place right now in the developing world, they will get slaughtered in debate. Libertarians must rediscover their old understanding that feudal landlord "rights" do not count and that the true owners of the land are those who work it. Remember John Locke?

Related reading: Ross Kenyon's "Sweatshops, Bastiat, and (Potential) Misapplications of Economic Theory" at the Center for a Stateless Society.

Posted by Sheldon Richman at 6:48 AM 0 comments

Ayn Rand at Her Worst

Posted by Sheldon Richman at 8:15 AM 4 comments 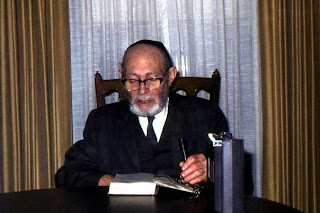 Philip Weiss of Mondoweiss--worth reading every day!--was kind enough to post my 1989 article from the Washington Report on Middle East Affairs--also worth reading regularly!--about my anti-Zionist orthodox Jewish grandfather, Samuel Richman: "My Grandfather Sparked My Interest in Debate over Zionism."
Posted by Sheldon Richman at 11:42 AM 13 comments

The freedom philosophy is a radical idea that looks ahead, rather than to some mythical golden era or Panglossian present. Every time we pass up an opportunity to make this point, we alienate potential allies….

Posted by Sheldon Richman at 8:31 AM 0 comments

This Makes Me Sick

This is the day-to-day reality of raw arbitrary Israeli power over Palestinian lives. From Philip Weiss's blog, Mondoweiss:


The boy is saying in Hebrew, “Hoo aravi, asoor lo lehiyot po.” (He’s Arab. It’s forbidden for him to be here.”)

I don't care what race I am a member of, what citizenship I hold, or what ethnic group or religion I was born into. This man is one of my people, and the boy on the horse and soldiers are not. If that be "race treason" (as David Mamet would probably think), then make the most of it.

Posted by Sheldon Richman at 11:58 AM 0 comments

Now we can see what Ryan stands for. At its most optimistic, his budget plan would merely stabilize the government’s fiscal condition at higher levels of spending without making any significant change in the welfare/warfare state.

Posted by Sheldon Richman at 6:54 AM 0 comments

Also see "Olmert: Israel has no reason to strike Iran in near future," Jerusalem Post


If Israel is about to attack Iran (and this time the threats are backed up by distribution of gas masks and other civil defense preparations), then using the campaign season to pull in the U.S. makes tactical sense. Neither President Barack Obama nor Republican candidate Mitt Romneywould want to alienate Jewish or evangelical Christian voters and donors by failing to support Israel. But it would also damage Israel’s most important strategic partnership. Nobody likes getting blackmailed.

Meanwhile, the New York Times reports that "Israel’s President Criticizes Talk of Unilateral Strike on Iran."
Posted by Sheldon Richman at 6:41 AM 0 comments

Latest Op-Ed: Labor Outsourcing Is Not the Problem

Read it here.
Posted by Sheldon Richman at 8:04 AM 0 comments

Amazingly, it came from the Washington Post, but this op-ed by Zahi Khouri, "The Palestine Romney doesn’t know," is very much worth reading.
Posted by Sheldon Richman at 8:02 AM 9 comments 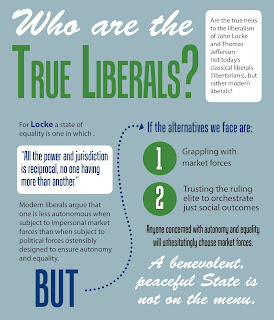 Posted by Sheldon Richman at 6:50 AM 0 comments 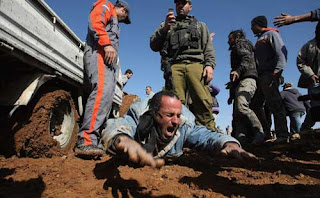 Every day the Jewish State--Israel--throws non-Jewish Palestinians out of their homes to make room for Jews. When Mitt Romney says the United States and Israel "speak the same language of freedom and justice," I think he may be onto something.
Posted by Sheldon Richman at 6:28 AM 15 comments

Burning in Hell, I Hope

Harry Truman
Posted by Sheldon Richman at 9:32 AM 3 comments

The Real Day of Infamy

Today is the 67th anniversary of the U.S. atomic bombing of Hiroshima, one of President Harry Truman's acts of mass murder against Japan in August 1945. The anniversary of the Nagasaki bombing is Thursday. (It has lately come to my attention that the U.S. military bombed Tokyo on Aug. 14--after destroying Hiroshima and Nagasaki and after Emperor Hirohito expressed his readiness to surrender.)


There isn't much to be said about those unspeakable atrocities against civilians that hasn't been said many times before. The U.S. government never needed atomic bombs to commit mass murder. Its "conventional" weapons have been potent enough. (See the earlier firebombing of Tokyo.) But considering how the "leaders" saw The Bomb, its two uses against Japan stand out as especially heinous acts. The U.S. government may not have used atomic weapons since 1945, but it has not yet given up mass murder as a political/military tactic. Presidential candidates are still expected to say that, with respect to nuclear weapons, "no options are off the table."

[A version of this post appeared previously.]
Posted by Sheldon Richman at 7:26 AM 0 comments