To Persuade, Speak the Language

To persuade people to the freedom philosophy we must speak in the vernacular. In election seasons, that entails relating ideas to candidates -- not only unacceptable ones but also superior ones when they are present. The goal is freedom through persuasion, not merely the self-gratification of purity.

Gary Johnson: The Cost of War 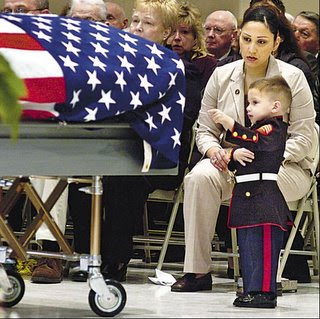 On Saturday, Joshua Bennett interviewed me about America's Counter-Revolution: The Constitution Revisited on his radio program, "Patriot's Lament." Here's the audio.
Posted by Sheldon Richman at 10:52 AM 1 comments

Ya Gotta Do What You Gotta Do

Since we can never make airports perfectly safe, I guess we'll just have to liquidate the empire and stop bombing Muslim countries. Oh well, ya gotta do what you gotta do.
Posted by Sheldon Richman at 7:13 AM 0 comments

Put This on Your Resume, Mrs. Clinton

Can you imagine Hillary Clinton sitting in judgment over who is and is not qualified to be president?

Ponder this: in 2011 ISIS was not in Libya, first, because Libya was not an open war zone and, second, because ISIS did not exist. Then the US, at Clinton's insistence, bombed Libya, helping to overthrow the government, while fomenting a jihadist war against the Syrian government. Today the US is fighting ISIS in Libya, Syria, Iraq, and elsewhere.

Put that on your famous resume, Mrs. Clinton.
Posted by Sheldon Richman at 7:05 AM 0 comments

The Constitution, Tom Woods, and I

I was the guest on The Tom Woods Show podcast yesterday. Our topic: America's Counter-Revolution: The Constitution Revisited.

Posted by Sheldon Richman at 9:00 AM 7 comments 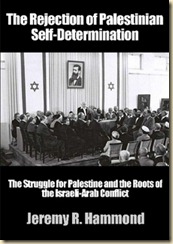 Additional reading: "Why the Inconvenient Truths of the Nakba Must Be Recognized," by Tom Pessah; "The Anti-Semite's Best Friend," by Jonathan Cook;  "Israel Must Recognize Its Responsibility for the Nakba, the Palestinian Tragedy," by Saeb Erekat; and "The sacking of Jaffa during the Palestinian Nakba, as narrated by three Omars," by Allison Deger.

(Another version of this post appeared previously.)
Posted by Sheldon Richman at 4:56 PM 0 comments

What Were We Thinking?

What made any of us think that Republicans wouldn't go for Trump? I mean, what were we thinking?
Posted by Sheldon Richman at 1:14 PM 2 comments

If the death of the Navy SEAL in Iraq prompts the US government to withdraw from the Middle East, he will have not died in vain.
Posted by Sheldon Richman at 3:46 PM 0 comments

First, Do No Harm

Much harm has come from conflating "isolationism" (better: noninterventionism) with unilateralism.
Posted by Sheldon Richman at 6:23 PM 1 comments