The Question of Value

Labor (including mental labor) does not bestow utility on an automobile; consumers do that. Rather, labor bestows utility on the disparate factors of production by transforming them into an automobile.

Posted by Sheldon Richman at 7:59 AM 3 comments

Op-ed: An Echo, Not a Choice

My take on Mitt Romney and the upcoming election.

With Mitt Romney’s sweep of Tuesday’s primaries, he will almost certainly be President Barack Obama’s Republican opponent in November. Romney has vowed to make the economy the chief issue against Obama, and he is sure to portray the president as an enemy of free enterprise in order to draw a contrast with himself. How fit is Romney’s claim to be a champion of economic freedom?

The great thing about competitive markets is not that marginal utility sets prices, but that rivalry among sellers drives prices below the level that approximates many people’s marginal utility. This produces a consumer surplus. (How far below is governed by producers’ subjective opportunity costs, including workers’ preference for leisure.) We all have bought things at a price below that which we were prepared to pay. . . . In a manner of speaking, competition socializes consumer surplus.

On the other hand, in the absence of competition a coercive monopolist is able to charge more than in a freed market, capturing some of the surplus that would have gone to consumers. That’s a form of exploitation via government privilege.

Read the rest of TGIF here.
Posted by Sheldon Richman at 6:49 AM 1 comments

The Israeli government didn’t want this “60 Minutes” segment aired. Its ambassador even protested to the chairman of CBS before the exact content of the report was known. The only problem I see with Bob Simon’s report is that he says the wall “completely separates Israel from the West Bank.” In fact, as he shows, the wall snakes through the West Bank, surrounding Palestinian towns such as Bethlehem (“an open-air prison,” according to Palestinian Christians) and separating people’s homes from their farms. All in all, for an American television network, this is an extraordinarily frank report on the Israeli oppression of Palestinians.

Posted by Sheldon Richman at 5:56 AM 1 comments

TGIF: Variations on a Corporatist Theme

The latest TGIF focuses on the common corporatist philosophy held by Barack Obama and Mitt Romney. Read it here.

Posted by Sheldon Richman at 11:01 AM 0 comments 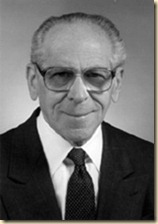 Today is Tom Szasz’s 92 birthday. I hope he’s having a great day with his family. Remarkably, Tom continues to publish a book a year. His awesome work is recommended to anyone who loves liberty. It's a mistake to think his work is fundamentally about psychiatry. Fundamentally it is about the necessary integration of freedom and self-responsibility -- and their enemy the state.

You can find a sample of his writings here. Some things I’ve written about Szasz include:

“Szasz in One Lesson”

I'm proud to call this great man and great libertarian my friend!


Posted by Sheldon Richman at 9:44 AM 0 comments

Are They Laughing at Us?

"Although Mr. Obama has made a point of not accepting contributions from registered lobbyists, a review of campaign donations and White House visitor logs shows that special interests have had little trouble making themselves heard. Many of the president’s biggest donors, while not lobbyists, took lobbyists with them to the White House, while others performed essentially the same function on their visits." --New York Times
Posted by Sheldon Richman at 7:56 AM 0 comments

Why Ron Paul Is Wrong on Jerusalem

Jeremy Hammond, author of the best brief introduction to the Palestine conflict, The Rejection of Palestinian Self-Determination, demonstrates that Ron Paul’s position on Jerusalem as the capital of Israel is a “betrayal of his values.”


The real issue here is not what America wants but what Israel wants. We have no right to choose their capital. If they say it is Jerusalem, then it is Jerusalem.

Weed then paraphrased Paul: “Jerusalem is the capital of Israel. Get over it.”

Hammond documents in detail the illegality of Israel’s annexation of Jerusalem (as well as its 1981 bombing of Iraq’s Osirak nuclear reaction, which Paul also defended):


Ron Paul’s suggestion that the U.S. should recognize Jerusalem as the capital of Israel is likewise a disappointing defense of lawlessness that would seem to indicate that Dr. Paul is unfamiliar with the history of the Israeli-Palestinian conflict and rather bases his views on the establishment-approved mythical narrative, which is essentially the history as it is presented in Zionist propaganda….

It is a disturbing development in Ron Paul’s campaign to see him sounding on this issue more rather than less like his establishment opponents.

Posted by Sheldon Richman at 9:01 AM 11 comments

Was Trayvon Martin Standing HIS Ground?

Trayvon Martin's champions should be careful what they say about the "stand your ground" law. It's possible that Martin felt threatened by George Zimmerman and, in fear for his life, countered the threat rather than retreat.  Of course Martin had no gun, but what if he had managed to kill Zimmerman by, say, slamming his head on the pavement? He might have reasonably invoked "stand your ground."

Be careful.
Posted by Sheldon Richman at 6:31 PM 3 comments

Today is Deir Yassin Day. Anyone who seeks understanding about the unending conflict in Palestine/Israel ought to know about this massacre of 254 innocent Palestinians by the Zionist paramilitary forces Irgun (headed by future Israeli Prime Minister Menachem Begin) and the Stern Gang in 1948, a month before the Jewish state declared independence. Deir Yassin was among the worst incidents of the Nakba, the ethnic-cleansing catastrophe that befell the Palestinians in the creation of the state of Israel. Some 750,000 people were driven from their homes (which were then destroyed or expropriated) and were not allowed to return.

The best brief introduction to the Nakba is Jeremy Hammond’s The Rejection of Palestinian Self-Determination.

In a not unrelated story, Israel has barred from entry Günter Grass, the NobelPrize winning German poet for his poem “What Must Be Said,” which is about the danger to peace from Israel’s nuclear arsenal. As Israel and the United States edge toward war with Iran, which is not thought by them to be building even one nuclear weapon, it is worth recalling that Israel has an arsenal of several hundred warheads, including submarine-based nukes.
Posted by Sheldon Richman at 7:12 AM 1 comments