Whom Is This Intended to Thwart?

From the Associated Press:

RICHMOND, Va. (AP) -- If you're planning to vote in Virginia's February Republican presidential primary, be prepared to sign an oath swearing your Republican loyalty.

The State Board of Elections on Monday approved a state Republican Party request to require all who apply for a GOP primary ballot first vow in writing that they'll vote for the party's presidential nominee next fall.

There's no practical way to enforce the oath. Virginia doesn't require voters to register by party, and for years the state's Republicans have fretted that Democrats might meddle in their open primaries.

Virginia Democrats aren't seeking such an oath for their presidential primary, which is held the same day -- February 12th.

Labels: Ron Paul, the state
Email ThisBlogThis!Share to TwitterShare to FacebookShare to Pinterest

I saw most of the debate. Here was Ron Paul's best moment, coming after John McCain accused him of being an isolationist (transcript here):

He doesn't even understand the difference between non-intervention and isolationism. I'm not an isolationism, (shakes head) em, isolationist. I want to trade with people, talk with people, travel. But I don't want to send troops overseas using force to tell them how to live. We would object to it here and they're going to object to us over there.

Posted by Sheldon Richman at 6:00 AM 2 comments

One gets the feeling that even the White House realizes the mess it’s made of Iraq. The other day the newspapers reported that the Bush administration has scaled back its objectives rather substantially. We might call it Iraq 3.0. First the plan was to create a democratic paradise which, domino-like, would spread freedom throughout the Middle East. When that didn’t work, the administration shifted to simply bringing some kind of order to Iraq, reconciling the three largest groups — Shi’a, Sunni, and Kurd. That hasn’t gone too well either. The nearly two dozen political objectives that the military “surge” was intended to accomplish have largely gone unachieved. The violence level may have fallen (one never knows how temporary such things are), but there are many possible explanations for that. One horrifying explanation is that enough ethnic cleansing of neighborhoods and emigration have occurred that less violence is “necessary” in the eyes of the various militias. That presumably is not the sort of peace President Bush had in mind. So now the strategists in Washington have retooled.

The rest of my op-ed, "Iraq 3.0," is at The Future of Freedom Foundation website.

The article has also been posted at Counterpunch.

Posted by Sheldon Richman at 5:42 AM 0 comments

Labels: Iraq, the state, war, war on terror
Email ThisBlogThis!Share to TwitterShare to FacebookShare to Pinterest

Well, this one anyway. More to come.
Posted by Sheldon Richman at 3:08 PM 19 comments

Should the State License People?

Democratic presidential candidates are tripping over the driver’s-licenses-for-illegal-aliens issue like a bunch of old slapstick vaudevillians. What’s so comical about their antics is that the issue demonstrates that politicians are locked into bad assumptions from top to bottom. Start with driver’s licenses. In one debate Sen. Chris Dodd said driving “is a privilege not a right.” That’s a common belief. But it’s incoherent.

The rest of this week's op-ed, "Should the State License People?," is at The Future of Freedom Foundation website.

Posted by Sheldon Richman at 8:18 AM 1 comments

Individualism, Collectivism, and Other Murky Labels

Imagine the following person. He believes all individuals should be free to do "anything that's peaceful" and therefore favors private property, free global markets, freedom of contract, civil liberties, and all the related ideas that come under the label "libertarianism" (or liberalism). Obviously he is not a statist. But is he an individualist and a capitalist or a socialist and a collectivist? It sounds like an easy question, but on closer inspection it's not.

The rest of this week's TGIF, "Individualism, Collectivism, and Other Murky Labels," is at the Foundation for Economic Education website.

Cross-posted at Liberty & Power.
Posted by Sheldon Richman at 7:43 AM 0 comments

"Vouchers go down in crushing defeat"

That headline thundered from Wednesday's Salt Lake City Tribune, as it announced that more than 60 percent of Utahans who voted on whether to uphold the statewide school-voucher program said no. It was a big setback for the voucher movement. The Utah legislature had approved the program by one vote. But the teachers' union, which opposes vouchers, gathered enough signatures to put the question to the voters. It poured a ton of money into its successful effort to have the people veto the law. This was the tenth time in over 30 years that voters have defeated school vouchers or education tax credits, says the National School Boards Association.

It may not look like a win for the cause of educational freedom, but in the long run it might be. That depends on what we do about it.

The rest of my latest TGIF, "Ersatz School Choice," is at the Foundation for Economic Education website.
Posted by Sheldon Richman at 6:26 AM 5 comments

Labels: education, the state
Email ThisBlogThis!Share to TwitterShare to FacebookShare to Pinterest

John McCain scored a standing ovation at the last Republican presidential debate when he attacked Sen. Hillary Clinton for proposing — unsuccessfully — to spend a million taxpayer dollars on a museum commemorating the 1969 Woodstock festival, saying, “Now, my friends, I wasn’t there. I’m sure it was a cultural and pharmaceutical event. I was tied up at the time. But the fact is, my friends, no one can be president of the United States that supports projects such as these.” It would be easy to criticize McCain for politically exploiting his five-and-half years of suffering as a captive of the North Vietnamese during the Vietnam war. But there’s a more important point to be made.

The rest of my op-ed, "Woodstock May Have Saved Sen. McCain’s Life," is at the website of The Future of Freedom Foundation.

Cross-posted at Liberty & Power.
Posted by Sheldon Richman at 4:49 AM 0 comments

So let me get this straight: Rudy Giuliani denounces Ron Paul for saying that U.S. foreign intervention in the Middle East created the conditions for the 9/11 attacks, but he accepts the endorsement of a man -- Pat Robertson -- who said that his god may have allowed the attacks to occur in order to punish Americans for homosexuality, abortion, and other moral decline. Okay, I think I have it now.

While we're at this, let's note that Robertson has also attributed killer hurricanes to his god's wrath.

Remember, Remember the Fifth of November
The Gunpowder Treason and Plot
I know of no reason why the Gunpowder Treason
Should ever be forgot
Can it be treason to defend the liberty of your fellow men and women?
Posted by Sheldon Richman at 5:59 AM 1 comments

Labels: the state
Email ThisBlogThis!Share to TwitterShare to FacebookShare to Pinterest

Michael Gerson, a former speechwriter and policy adviser to President George W. Bush, is the latest in a long line of political writers who fail to see the distinction between a virtue and an enforceable legal obligation. Missing that difference leads to all sorts of mischief and undermines a writer's insistence that he favors liberty. Some people may find it an unpleasant choice, but choose they must: freedom or compulsion? There is no third way.

The rest of my TGIF column, "Virtue versus Legal Obligation," is at the Foundation for Economic Education website.
Posted by Sheldon Richman at 6:48 AM 0 comments

Regarding the "Founding Fathers" 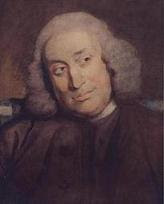 How is it that we hear the loudest yelps for liberty among the drivers of negroes? Paul W. Tibbits Jr. died yesterday. He was 92. Tibbits lived 62 years and nearly three months longer than the 140,000 Japanese he helped murder when he piloted the Enola Gay, the American B-29 Superfortress from which the first atomic bomb was dropped in Hiroshima on August 6, 1945.
Posted by Sheldon Richman at 5:56 AM 12 comments

Deep Philosophical Question of the Day

Is waterboarding torture?
Posted by Sheldon Richman at 6:02 AM 4 comments