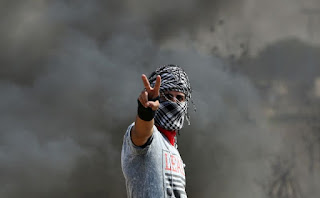 Why does Palestine matter? It's a question I ask myself nearly every day. Another way to put it is, "Is the devotion of major attention to the plight of the Palestinians an obsession worthy of suspicion or an appropriate response to a grave historic and continuing injustice?

No one will be surprised when I reply that major attention is an appropriate response. Palestine matters and should matter. I will try to explain why.


Read TGIF at The Libertarian Institute.

TGIF: What Does Trump Have Against Children?

I hate the children being taken away.

Posted by Sheldon Richman at 3:38 AM 0 comments

Fiddler on the Roof with a New Ending 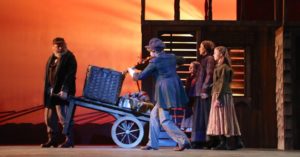 Tevye the dairyman is packing his family's belongings because the tsar has just expelled the Jews from Anatevka. As he prepares to leave, a younger resident of the shtetl says, "Reb Tevye, look at the bright side. Beginning in about 50 years, our descendants will do the same thing to the people of Palestine. Won't that be wonderful?"

Tevye smacks the kid in the face, sheds a tear, and heads for New York.
Posted by Sheldon Richman at 1:38 PM 0 comments

Labels: Fiddler on the Roof, Israel, Palestine
Email ThisBlogThis!Share to TwitterShare to FacebookShare to Pinterest

The Logical Flaw in Immigration Law

Apart from the obvious rights violation, I see a serious flaw at the very root of immigration law. Let's begin with an indisputable point: no law passed by Congress and signed by a president applies to people on the far side of a US border. Logically, that must include laws against entering the US. Since the US government has no jurisdiction over people in, say, Mexico, someone who crosses the southern border cannot do so illegally because the law in question did not apply to that person when he or she was crossing. No jurisdiction, no illegal entry. That's just logic.

Well, the immigration-control enthusiast may respond, we can change the law to say that no one can stay in the US without papers signifying permission to do so from the proper authorities. (Leave aside the general question of proper authority.) Now we have a new problem. According to this position, Person A, having been born here, needs no permission, but person B, having been born elsewhere, does need permission and can be expelled without it.

But that's discrimination by the government and thus a violation of equality under the law, a core liberal value (as long there are governments making laws). On what basis is that discrimination perpetrated? On the basis of birthplace -- hardly one that can withstand rational scrutiny. No one is harmed -- in the sense of having his or her rights violated -- merely because someone who was not born here resides in the US without government permission. No harm, no foul. The policy is simply vicious discrimination.

I remind the constitutionalists that their beloved document makes no reference to birthplace in its clauses related to rights. Rights and protections against their violation are said to apply to persons, not citizens. See the Fourth Amendment. All persons, no matter their birthplace, have the same rights.

Therefore, all legislative diktats relevant to immigration control fail the test of reason and should be stricken forthwith. No US law could have been broken by the entry, and on the matter of who can stay here, the government has no good grounds to discriminate between people who were born here and people who were not.
Posted by Sheldon Richman at 8:29 PM 2 comments

As one of the original settlers of the sparsely populated territory situated between the deranged and warring states of Antitrumplandia and Philotrumplandia, I'm breathing easier today.

Anyone who longs for peace can only welcome what Trump and Kim did in Singapore this week. It's just the beginning, of course, and things could go south at any time, but -- and this shouldn't have to be said -- it's preferable to the other available alternatives. Trump's earlier threats were insanely reckless and risky, and I stand by that judgment. One cannot point to Tuesday as proof that Trump's initial stance was reasonable. No person with a gram of historical knowledge -- not to mention moral decency -- can think that peace-making required a threat to visit "fire and fury" on an entire society. In fact, Trump's threat did not get Kim to the table; on the contrary, Kim's nuclear tests
and South Korean President Moon got Trump to the table.


Become a Free Association patron today!
Posted by Sheldon Richman at 3:33 AM 0 comments

Posted by Sheldon Richman at 4:02 AM 0 comments

Whenever I write about Palestine, Israel, and Zionism -- especially when I point out that American Reform Jews en masse gagged on the thought that America was not their "homeland"; they insisted they were Jewish Americans not American Jews -- I am lectured on Facebook about how "keeping to one's own kind" is a natural inclination and that inclusion, not exclusion, requires aggression. We shouldn't be surprised, then, that alt-right-types who may dislike Jews nevertheless respect their expressed desire to live among themselves in a Jewish State. Why wouldn't the alt-right take this position? Israel is a (pseudo)ethno-state. It is identitarianism run amok.


Become a Free Association patron today!
Posted by Sheldon Richman at 3:53 AM 4 comments

Posted by Sheldon Richman at 3:35 AM 0 comments 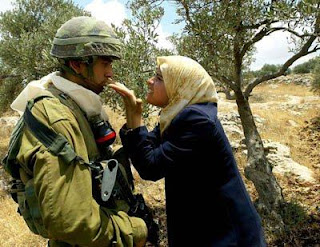 Here's a more recent account from Zena Tahhan, "The Naksa: How Israel Occupied the Whole of Palestine in 1967." See also Ramzy Baroud, "The Colonization of Palestine: Rethinking the Term 'Israeli Occupation.'"
Posted by Sheldon Richman at 5:13 AM 0 comments

The Decent Must Weep

Razan al-Najjar, 21, a paramedic helping injured protesters in the Gaza Strip, was murdered by what Benjamin Netanyahu insists the Palestinians recognize as the State of the Jewish People.


How, in these conditions, can individuals who are not religious believers but simply humanists, democrats and liberals, and endowed with a minimum of honesty, continue to define themselves as Jews?

--Shlomo Sand, How I Stopped Being a Jew

Let us not cast the blame on the murderers today. Why should we deplore their burning hatred for us? For eight years they have been sitting in the refugee camps in Gaza, and before their eyes we have been transforming the lands and the villages, where they and their fathers dwelt, into our estate.

Posted by Sheldon Richman at 4:53 AM 0 comments

TGIF: How the US Created Israel and a Whole Lot of Trouble


Shlomo Sand, a remarkable scholar who studies how "peoples," including the Jewish people, have been invented through myths propagated by court historians and politicians, makes a startling yet obvious connection in his book The Invention of the Land of Israel (2014):


In fact, it was the United States' refusal, between the anti-immigration legislation of 1924 and the year 1948, to accept the victims of European Judeophobic persecution that enabled decision makers to channel somewhat more significant numbers of Jews toward the Middle East. Absent this stern anti-immigration policy, it is doubtful whether the State of Israel could have been established. [Emphasis added.]


Posted by Sheldon Richman at 3:15 AM 1 comments