TGIF: The Bill of Rights Revisited

Drawing on work by historian Gordon S. Wood, I recently suggested that we see the U.S. Constitution not as a landmark in the struggle for liberty, but rather as a move to introduce elements of monarchy and aristocracy into an American political system that had become too democratic -- among white males with property -- for America's upper crust. As Wood wrote in Empire of Liberty: A History of the Early Republic: 1789-1815, "Benjamin Rush [a signer of the Declaration of Independence] described the new government in 1790 as one 'which unites with the vigor of monarchy and the stability of aristocracy all the freedom of a simple republic.'" But is that union actually coherent?

Trump & the Conservative Establishment Deserve Each Other

No one should need National Review's advice to steer clear of Donald Trump. For one thing, the messenger is a curious one indeed. Although Trump doesn't talk like a neoconservative Wilsonian, he has not cleanly separated himself from that faction either. 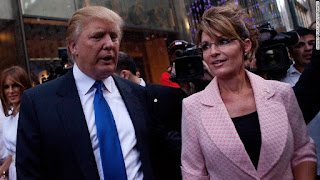 Posted by Sheldon Richman at 11:16 AM 0 comments

I am mystified that so many libertarians still see the U.S. Constitution as a landmark achievement in the struggle for liberty. On principle alone, they should have become wary in time. A document that is adored at virtually every position in the political firmament should arouse suspicion among libertarians.

What a bad week for the war party. Darn you, Iran! The country that the armchair warriors most love to hate refuses to play the villain's role assigned by the neoconservatives, "humanitarian" interventionists, Israel, Saudi Arabia, and the establishment media.

"Visiting Martin Luther King, Jr. at the peak of the civil rights movement, the journalist William Worthy almost sat on a loaded pistol. 'Just for self-defense,' King assured him. One of King’s advisors remembered the reverend’s home as 'an arsenal.' Like King, many nonviolent activists embraced their constitutional right to self-protection—yet this crucial dimension of the civil rights struggle has been long ignored."

--Charles Cobb, That Nonviolent Stuff'll Get You Killed: How Guns Made the Civil Rights Movement Possible

Shamefully but unsurprisingly, Cobb's book has been ignored by the establishment media. But see this.(Also see my earlier article here.)

Someone Saw the Neocons and Trump Coming 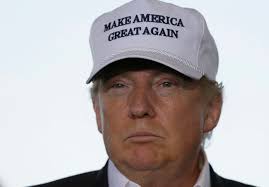 A nation which makes greatness its polestar

can never be free.

Government is more than a territorial monopoly on aggressive force. It's also the heir to a centuries-old manufactured mystique, reinforced through its schools and other institutions, regarding its sanctity and sacrosanctity. The mystique is generated by and tends to manifest itself in the dogma that one's State is uniquely virtuous and deserves to be judged by standards applicable to no one and nothing else. This is hardly less true of secular states than it was during the time of the divine right of kings. In some important ways, people have not gotten over that principle.

Read more »
Posted by Sheldon Richman at 11:44 AM 4 comments

Hillary Clinton: Least Fit of All

Even considering that no one is fit to be president -- in that no one should be able to command a state, which rules by threatening and committing violence against innocents -- Hillary Clinton is especially unfit. No one who has done what she has done as a government official should be rewarded with power.

If we have to have a president, whom would you prefer: someone who voted for the Iraq war or someone who voted against holding gun manufacturers and gun dealers liable per se for criminal shootings?
Posted by Sheldon Richman at 2:23 PM 3 comments

Will Grigg on Northern Paiute Claims in Oregon

As to be expected, Will Grigg sheds needed light on the Northern Paiute claim to the government-held land now occupied by the so-called Citizens for Constitutional Freedom. Be sure to read Grigg's "'This Is Government Land': The Eternal Refrain of the Federal Occupiers."


General Crook, the U.S Army’s most accomplished Indian fighter, candidly admitted that the Bannock War was provoked by the government he had served with such distinction.

"It cannot be expected that they will stay on reservations where there is no possible way to get food, and see their wives and children starve and die around them,” Crook wrote of the Paiutes and Shoshones. “We have taken their lands, deprived them of every means of living…. Our Indian policy has resolved itself into a question of warpath or starvation; and, merely being human, many of them will choose the former alternative where death shall be at least glorious.”

Whatever's Going on in Oregon, It's Not Terrorism

A key to understanding the political world lies in realizing that the words terrorism and terrorist are inherently political terms. This has been clear in international affairs, but we now see this in domestic matters, specifically the case involving ranchers Dwight and Steve Hammond and the takeover of a U.S. Fish and Wildlife Service building in Harney County, Oregon.

The Hammonds have been imprisoned under the Antiterrorism and Effective Death Penalty Act of 1996, an ostentatiously get-tough bill -- passed after the 1993 bombing of the World Trade Center and the 1995 bombing of the Oklahoma City federal building -- favored by congressional Republicans and signed by triangulating Democratic President Bill Clinton, who was seeking reelection that year and whose wife, the hawkish Hillary Clinton, is seeking the presidency today. Among other things, the Act limits habeas corpus relief in federal courts for those claiming to have been unlawfully imprisoned.

The words terrorism and terrorist are also used to describe the people now occupying the headquarters of the Malheur National Wildlife Refuge in sympathy with the Hammonds. CNN reports that "progressive" opponents of the occupiers refer to them as "YallQaeda" and "vanilla ISIS." Some urge government violence against them.

Is this description fair? One can answer this question regardless of what one thinks of the Hammonds and the occupiers. If terrorism has any reasonable referent, it is the use of violence against noncombatants for a political purpose. The point is to terrorize by killing or injuring noncombatants, or destroying their property, in an effort to effect change.

Nowhere do we see such violence in either the Hammonds' case or the occupation of the government building. The actions that brought criminal charges against the Hammonds consisted in setting two fires on their own land in 2001 and 2006, the first to destroy invasive vegetation, the second ostensibly to protect against a wildfire on adjacent land controlled by the central government. On both occasions the fires unintentionally spread to the government-controlled land. The Hammonds put out the first fire; the second fire reportedly endangered government firefighters, whom the Hammonds knew were in the vicinity.

Even if we grant the worst allegations -- that the Hammonds wrongfully declined to inform the government that it would be setting the fires and that one fire was allegedly set to cover up poaching -- the actions look nothing like terrorism. No one was intentionally threatened, and no one was injured or killed. So why were the cases prosecuted under the Antiterrorism and Effective Death Penalty Act, which carries a mandatory minimum sentence of five years? (The trial judge refused to impose the mandatory minimum, but the government appealed after the Hammonds had served their terms and they were returned to prison, sparking the protest.) Even if we make the dubious concession that the Act was a good-faith attempt to fight bona fide terrorism, what does it have to do with the Hammonds?

As for the occupiers of the government building, who now call themselves Citizens for Constitutional Freedom, again, where's the terrorism? Yes, some occupiers are armed. But the building was unoccupied when they entered it, and no one was threatened, much less harmed or killed. It's reported that roads around the building are open. The news media come and go at will.

In neither case was anyone terrorized. To be sure, the occupiers have a political objective, to pressure the central government into giving up control of its massive land holdings. Terrorism, however, requires a particular kind of violence along with a political motive. Critics describe the occupiers as white supremacists. I don't know if they are, although John Ritzheimer, a spokesman for the occupiers, is an anti-Muslim activist. But regardless, their conduct in Burns, Ore., does not constitute terrorism, and no constructive purpose is served by promiscuously throwing that inflammatory word around.

I'll leave for another time the controversy surrounding the government's landholdings except to say that one need not regard all governments as illegitimate (as I do) to see something wrong in the U.S. government's control of so much land, especially in the West, holdings acquired through forcible preemption. While white ranchers and anti-U.S. government activists claim that their rights and the state of Oregon's "rights" have been usurped by the central government, largely overlooked is the solid claim of the Northern Paiute.

According to the Indian Country Today Media Network, "Ironically, the 'legal' basis for [the occupiers'] starting a fight with the federal government is that sovereignty 'really' belongs to Oregon rather than the Paiutes, who have seen their federal trust land shrink from over one and a half million acres to a tiny remnant of 760 acres in Burns, Oregon, where this current armed standoff began." It adds, "President U.S. Grant established the Malheur Indian Reservation for the Northern Paiute in 1872.... White settlement nibbled at the Malheur Indian Reservation until the Bannock War in 1878, which ended with surrendered Paiutes and Bannocks on the reservation being removed, officially to the Yakama Reservation in Washington Territory." (See more on the Northern Paiute claim here, here,  here, and especially here.)

Citizens for Constitutional Freedom is right that the national government should vacate the land. But it's wrong about who should have it. It was stolen from the Northern Paiute, and therefore it should be returned.