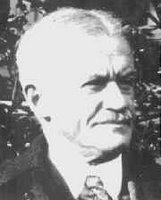 Albert Jay Nock certainly saved some interesting material for his footnotes in Our Enemy, the State. Here's note 14 from Chapter 6:

The horrors of England's industrial life in the last century furnish a standing brief for addicts of positive intervention. Child-labour and woman-labour in the mills and mines; Coketown and Mr. Bounderby; starvation wages; killing hours; vile and hazardous conditions of labour; coffin ships officered by ruffians - all these are glibly charged off by reformers and publicists to a regime of rugged individualism, unrestrained competition, and laissez-faire. This is an absurdity on its face, for no such regime ever existed in England. They were due to the State's primary intervention whereby the population of England was expropriated from the land; due to the State's removal of the land from competition with industry for labour. Nor did the factory system and the "industrial revolution" have the least thing to do with creating those hordes of miserable beings. When the factory system came in, those hordes were already there, expropriated, and they went into the mills for whatever Mr. Gradgrind and Mr. Plugson of Undershot would give them, because they had no choice but to beg, steal or starve. Their misery and degradation did not lie at the door of individualism; they lay nowhere but at the door of the State. Adam Smith's economics are not the economics of individualism; they are the economics of landowners and mill-owners. Our zealots of positive intervention would do well to read the history of the Enclosures Acts and the work of the Hammonds, and see what they can make of them.

This matter of the Enclosure Acts is complicated and the literature voluminous, and I don't for a moment count myself qualified to render a judgment. But it does seem like something libertarians and voluntarists should want to investigate. We too should "see what [we] can make of them." We know the sort of land-crimes that were committed by imperial powers in Africa, Latin America, North America, and elsewhere, so it is not unreasonable to wonder if something similar did not occur in England. Two of my heroes and intellectual influences, Murray Rothbard and Roy Childs (also see this), were greatly interested in the land question. As good Lockeans, they were concerned about land systems that violated the rights of homesteaders (the peasant-tillers) and benefited the rulers and their favored interests. Rothbard's two chapters on land in The Ethics of Liberty ("The Problem of Land Theft" and "Land Monopoly, Past and Present") are emphatic:

Land monopoly is far more widespread in the modern world than most people--especially most Americans--believe.... Largely escaping feudalism itself, it is difficult for Americans to take the problem seriously. This is particularly true of American laissez-faire economists, who tend to confine their recommendations for the backward countries to preachments about the virtues of the free market. But these preachments naturally fall on deaf ears, because "free market" for American conservatives obviously does not encompass an end to feudalism and land monopoly and the transfer of title to these lands, without compensation, to the peasantry.

Posted by Sheldon Richman at 3:33 PM