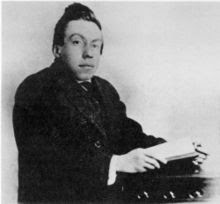 I thought of those words of Randolph Bourne, the Progressive who became disillusioned by his fellow Progressives' enthusiasm for U.S. entry into World War I, when I heard that the UN Security Council, led by the Obama administration, voted to authorize "all necessary measures" to protect civilians against Libyan Col. Muammar el-Qaddafi.

Advocates of liberty, not to mention of decency, wish the Libyan people the best in their courageous struggle against the brutal bastard Qaddafi, but that is no justification for U.S. intervention, even under UN cover. A hundred reasons could be cited, but two points should suffice: The government has no moral right to insert the American people into another Mideast war. Moreover, whatever the Obama administration does will have the foreseeable even if unintended effect of killing and maiming innocent people. When you go to war you release an evil, unpredictable genie from the bottle, and it's difficult to put him back in. In the meantime you do a lot of damage. We need no more enemies in the Muslim world. The U.S. government has wreaked enough havoc -- has spilled enough blood -- there to last a long while.

John Quincy Adams has been quoted in similar contexts countless times, but evidently not enough. America, the then-secretary of state said in 1821,

goes not abroad, in search of monsters to destroy.

She is the well-wisher to the freedom and independence of all.

She is the champion and vindicator only of her own.

She will commend the general cause by the countenance of her voice, and the benignant sympathy of her example.

She well knows that by once enlisting under other banners than her own, were they even the banners of foreign independence, she would involve herself beyond the power of extrication, in all the wars of interest and intrigue, of individual avarice, envy, and ambition, which assume the colors and usurp the standard of freedom.

The fundamental maxims of her policy would insensibly change from liberty to force....

She might become the dictatress of the world. She would be no longer the ruler of her own spirit....

If those words ever really described America, they certainly haven't for a long while. So let's work for a future in which that description applies. We must rise in protest to prevent the Nobel Peace Prize-winning president from making more war.

Posted by Sheldon Richman at 6:55 PM

It IS a world gone mad. God help us all.

I've been reading much about what Senator William Borah said would happen if the United States became a member of the League of Nations (later became a member of the United Nations). In his famous 11/19/1919 speech, Borah said that America would become a "soulless democracy" stripped of our principles and shorn of our ideals. America would become like those nations we aligned with, ironically, fighting endless wars in the name of peace against people protecting their sovereignty from "world control.”

Borah was considered one of America’s greatest orators and declared America’s most "famous” senator of the first part of the 20th century by Time Magazine in 1936. It’s amazing how government historians have relegated Borah to the Orwellian memory hole.

"Advocates of liberty, not to mention of decency, wish the Libyan people the best in their courageous struggle against the brutal bastard Qaddafi..."

Do they? Is there any reason, and I emphasize the word reason, as opposed to mere romantic hope, to believe that the Bengazi-based rebels have any intention of establishing a regime any more committed to "liberty" and "decency" than the current one? Regimes respecting "liberty" are pretty thin on the ground in Africa and throughout the Muslim world. Sure, some spokesmen for some of the rebels talk in terms that appeal to Western notions of liberaty, but there is no reason to suggest that this cheap talk represents what they would actually do once in power, and that's assuming that the persons making these statement will even be in power once the revolution suceeds. And there is some evidence that the rebellion is sectional, tribal and perhaps religious in nature, rather than national-liberal. Are they planning on establishing a liberal regime, or one in which their region or tribe is priviliged, or a theocracy? How do you know?

On the notion of "decency," while no paradise, Libya is actually one of the higher ranking countries in Africa on the various scales of "livability" or "quality of life" that have been compiled. There are extensive social services, including health care. The oil wealth has been distributed, to a large extent, to the population at large.

OK, Gaddafi is a "brutal bastard." Most dictators are or they wouldn't become dictators or stay in power. But, unless there is some notion that the West is going to stay in Libya and play nursemaid to its "democracy" (and we see how well that has worked out in Iraq and Afghanistan) there is, again, no real reason to suppose that whoever replaces Gaddafi won't be an equally brutal bastard.

Gaddafi engaged in some terrorism decades ago. Since then, he has "played ball" with the West. I see nothing to suggest that his regime is any worse (not that it is any better, mind you) than the one in Saudi Arabi, or Yemen, or Bahrain, etc. What you call a "courageous struggle" he sees as an armed uprising, and States and their leaders throughout the world (and not only dictatorships and dictators) all tend to respond to armed uprisings in more or less the same manner as Gaddafi has. With blunt force overwhelmingly applied to the centers of resistance.

I realize that you are an opponent of intervention, and that the statement of yours I quoted above was a mere preface to your condemenation of the current attacks. Still, I refuse to give the interventionists even that much. I refuse to be put in the position of saying "yes, but," when the "yes" part is so dubious and meritricious. I refuse to accept on faith the notion that anyone who picks up a sword or rifle to fight a dictator is necessarily an admirable person engaged in a valiant struggle, for that reason alone. And I refuse to accept the dehumanization and petty name calling that always seem to coincide with our decisions to attack our enemy du jour. They are always called "worse than Hitler," or "mad dogs," or "brutal bastards" in our government and media propaganda, when in reality they are merely dictators, much like the ones we support in other countries, and much like dictators have been throughout history.

The quote by Adams is one of my favorites. Although he had despicable traits as president, Adams got that part right. I send it to my senators and reps all the time. They never acknowledge it.

This just shows another reason why the US Defense budget needs massive cuts and US forces returned to the US since it is too tempting and too easy for a President to send them to war. In fact the mere fact of having the troops all over the world is justification for using them since they are available then they must be used.