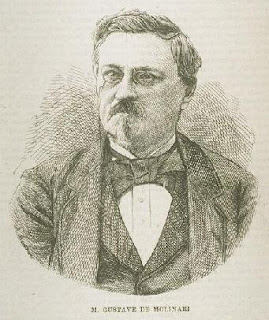 Market anarchists have the theory, the history, and the moral philosophy. What's left?

Posted by Sheldon Richman at 11:46 AM

The minarchist's further problem is that he can't invoke any public-goods/free-rider problem against the market because government is also plagued by those and has no counterpart of market entrepreneurship to produce solutions. Moreover, there are many examples of those problems being overcome both in the market and in government. As Jeff Hummel likes to point out, there wouldn't have been an American Revolution if the free-rider problem was insurmountable.

This is great. As Manuel Lora said on a comment on another post: "I think it’s awesome that minarchsits are being challenged. They hate to be called statists. They either think that the state is not an aggressor or that it’s necessary to have (lest we have chaos!) or something equally flaky. They are principled (more or less) but not at the core."

Sheldon, I'm not an economist by profession, and but a lay Austrian by self-education, so please excuse me if I misunderstand the neoclassical "free-rider" theory.

The theory doesn't state that public goods with free-rider problems are an insurmountable obstacle, but rather that the market will produce them in suboptimal quantity, as compared to some Platonic ideal of a market equilibrium.

Positing that the American Revolution occurred doesn't then refute the free-rider theory; you could only infer that because of the free-rider issue inherent in socio-political systems, we've had a suboptimal quantity of revolutions.

In any scenario, I follow in Hans-Hermann Hoppe's footsteps in denying the very concept of a free-rider problem (because he denies the distinction between private vs. public goods to begin with).

By "insurmountable" I only meant that the suboptimality problem can't be overcome. I did not mean that the good could be produced at all.

P.S.: I seen no point in denying the existence of free-rider problems, as long as one realizes they are entrepreneurial/technological problems. There are indeed "public goods" in the sense of being consumed nonrivalrously. The mistake is not in acknowledging these things. The mistake is thinking that entrepreneurs can't grapple with them in the free market.

I just reread "The Production of Security" today. What an inspiration!

Minarchy is the theory that free market capitalism is best protected by a socialist monopoly.

I've never understood this way of thinking. Government security doesn't work. Almost everybody complains about it yet most don't want to look at alternatives.

One argument I've heard against anarchism (legal polycentrism) is that if a criminal gang sets up a court system, that would have to be accepted. Well, gangs may set up any voluntary associations they want, including bowling leagues, as long as they don't violate anyone's freedom, in which case they will be met with resistance. But the killer-response is this: a market minarchist -- who presumably favors a noninterventionist foreign policy -- would to accept a gang's setting up its own country, courts and all. Dictatorships occasionally prosecute and imprison Americans on flimsy charges. Yet the libertarian miniarchist does not want the monopoly government he lives under to intervene.

In other words, this criticism of anarchism is equally applicable to miniarchism.

"Minarchy is the theory that free market capitalism is best protected by a socialist monopoly."

Molinari wondered why anyone who favors the free market would want security produced either by communism or monopoly.

What leads some to believe this is their mistaken notion that law is an infrastructure that necessarily preceded the market. Notice I described the minarchist's position as "a priori." Here's a good example. The evidence that law preceded the market is nonexistent. All the evidence is that customary law within a competitive legal system emerged along with the market. See Menger, Mises, Hayek, Leoni, Berman, Benson, Hasnas, Zywicki, and more. There is no shortage of evidence, and it is easy to obtain online. All it takes is a little research.

I always found it interesting that minarchists continue to defend the "public" provision of law and security when these are the very "services" that people are most dissatisfied with. I think the honest minarchist only supports his position because he thinks that people aren't ready for no government. I'm at a loss to find any other reason.

Minarchist vs. Anarchist = Liberty vs. Freedom... Both are desirable, but the goal of a libertarian is to have a government that insures the individual liberties enumerated in the Constitution. This is coupled with the belief that the government was intended to be a self-limiting power that Progressives and other types of politicians in power have expanded by passing unconstitutional laws. Apparently, anarchists do not believe in liberty because obviously, they want pure anarchy. How are the Rights of Man guaranteed within an anarchy? In fact, liberty could very well be threatened in an anarchist society. Anarchy may even be impossible because it will likely become a decentralized network of small, warring governments.

The argument is about liberty, not freedom.

In my experience, most libertarian minarchists sincerely believe that anarchy would be chaos, a belief that is quite natural, given the indoctrination nearly all of us received growing up and the manner in which the word is still utilized in normal conversation.

Fortunately, my experience has also been that this belief can be changed by respectful anarchist arguments backed by historical and present day empirical evidence of law and security under anarchy. Sheldon listed several valuable authors on the topic. Among them, I think Benson's THE ENTERPRISE OF LAW is the easiest way to get an overview of the evidence, and Hasnas' THE OBVIOUSNESS OF ANARCHY and TOWARD A THEORY OF EMPIRICAL NATURAL RIGHTS (after you skip over the discussion of Nozick and Locke) the clearest essays to get to the point quickly.

Carrie, I, like most libertarians, use liberty and freedom interchangeably. If you look at Benson's book The Enterprise of Law or Hasnas's "Toward an Theory of Empirical Natural Rights," you will see that statelessness historically brought not chaos and oppression, but rather individual freedom, social cooperation, and order.

Tom & Less, I also find that opponents of anarchism fear that too many people would get away with not paying debts, etc. They then recount examples. The problem is that all the examples occurred in state-ful societies. So what good are they? Now they might respond that if people can get away with not paying debts when there's a government, imagine what would happen without a government. But this overlooks the role of competition and entrepreneurship in solving problems. This gets us back to my original post. When it comes to law and security the market minarchist suddenly loses all confidence in the principles and system he or she previously claimed to have such confidence in.

In fact, in stateless societies and situations, people did not routinely ignore their debts. Early stateless legal systems were efficient, meaning they permitted people to carry on their business in an orderly way and with minimal disruption. The Law Merchant is a prime example (see Benson). This was a system of law, adjudication, and enforcement generated entirely by international traders (who needed an efficient legal system despite coming from different cultures and countries), with no help from the governments of the world.

I'm enticed by the idea of anarchy but I've been wondering lately what would be done about the law when folks strongly disagree about what the law should be. I am thinking in particular about the social-anarchist types - they don't believe there should be private property (only community property and property that you are using). I guess their law would rule out absentee landlords.

A great question, although I'm not sure it is one about anarchy per se, since people disagree about the law now. Your particular problem could arise under minarchy, or even today's government-infested world, if the voters of Vermont decided they wanted to make occupancy the sole standard for land ownership. The answer is that social consensus always wins, because the natural mechanisms of reputation, ostracism, and boycott are powerful. Roe v Wade is the law of the land, yet 87% of counties in the US haven't a single abortion provider. Social consensus is not a mechanism of the future: it operates right now.

The empirical evidence is that this isn't a problem. In the historical examples of societies without central planning, property rights emerged quickly as essential tools for social peace (Hasnas' TOWARD A THEORY OF EMPIRICAL NATURAL RIGHTS is really an excellent essay on how this happened), and there is no reason to think they'd be abolished in America by people who committed to the anarchist ideal of total respect for the self-ownership of each person.

Certainly, though, I'd expect experiments in anarcho-communism, perhaps in the areas of Northern California where it is easiest to grow food and marijuana. I'd expect those experiments to last a very short time, but I could be wrong, especially if the brownies were really good.

Maybe the question is the more fundamental one of WHO IS THE DECIDER? The minarchist answer is whoever conquered a particular territory and violently suppressed all opposition. The anarchist answer is mutual choice by the disputing parties or their agents. In practice, people would delegate the selection to those they've chosen to guarantee their life and property (right-libertarians think of insurance companies and left-libertarians think of mutual aid societies).

And what about those unwilling to submit their claims to third parties for settlement? They'd be, by definition, OUTLAWS, having rejected the use of legal methods for resolving disputes. And their lives would be nasty, brutish, and short.

I'm reminded of the concerns about English debtors fleeing to Wales to avoid enforcement of debts against them: hence, welshing on a debt.

Since we both keep praising John Hasnas, I thought it might be worthwhile to note that his essays are available online at:

Less, excellent answer to Steven Shaw's important question. This gets worked out because by and large people value getting on with their business to the costs of violence. Customary law will vary at the margin, but that's true today. Anyone who doesn't like that would be logically driven to support a totalitarian world government. Most people are anarchists at some level, we're just haggling over the level. Reminds me of an old joke...never mind.

Thanks for the Hasnas link, Less. I strongly urge folks here to read his papers. He is doing fantastic work.

Thanks guys, I'll be sure to check out that paper.

Sheldon, the Hummel paper is indeed great. Are you aware of a similar good, concise, revisionist, solid piece that dissects the Declaration and American Secession directly, in similar fashion?