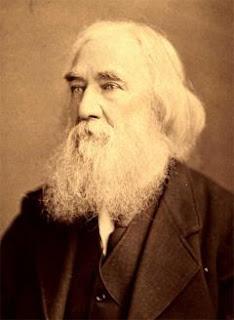 So says section 1 of the 14th Amendment to the U.S. Constitution. With the impeccable timing we’re accustomed to, Donald Trump says he will sign an executive order to nullify this constitutional provision by denying citizenship (which today includes the right to make a living among other important things) to persons born in the United States and subject to the jurisdiction thereof if their parents were in the country without the permission of the government.

TGIF (The Goal Is Freedom) appears on Fridays. Sheldon Richman, author of America's Counter-Revolution: The Constitution Revisited, keeps the blog Free Association and is executive editor of The Libertarian Institute. He is also a senior fellow and chair of the trustees of the Center for a Stateless Society and a contributing editor at Antiwar.com.

Become a Free Association patron today!
Posted by Sheldon Richman at 6:12 AM

You're assuming that the illegal aliens and their children are "subject to the jurisdiction thereof".

Shane, if they're in the United States then they're subject to the jurisdiction.

There is a myriad of reasons why being granted US Citizenship is the worst insult: Taxation, National Debt, the FED, Conscription, the demented Public Schools, the fascist Therapeutic State, drug prohibition, the constellation of Intellectual Property Laws and related bullshit, and the FDA and all its evil. Not a good thing to put a new born under all those yokes.
Nevertheless, Who does the President think he is? Does he see himself as a Holy Roman Emperor?
Here is what the US should do: selling Citizenship. Hundreds of millions of people would be willing to buy their "rights", as they don't have them in their original countries. Then set up a fund to help out the poor to purchase their citizenship. Obviously, all democrats would be happy to give.
The best way to "promote democracy in the World" would be to help people to vote with their feet.
Let Trump grant ipso facto US citizenship to all Venezuelans willing to apply, and we will see how the communist dictatorship vanish into the air.

1) The 14th Amendment was never properly ratified
2) You presume that the State granting citizenship is THE pro-liberty default position if we agree with Spooner (as I do) that we shouldn't go outside of the Constitution looking for an anti-liberty interpretation of any of its clauses.
3)Side note. The Federal government does have the authority to pass immigration laws as they applied to the original 13 States(and possibly Vermont). However, immigration laws are mainly a States' Rights issue.

Two bank robbers flee Canada. The female has her baby in Montana. Is the baby a citizen?