The Martin Case and “Stand Your Ground”

It is mystifying why Florida’s “stand your ground” law is even discussed in the context of Trayvon Martin’s fatal shooting by George Zimmerman on February 26. The law bears no relation whatever to the case. It says simply that a law-abiding person who is attacked “has no duty to retreat and has the right to stand his or her ground and meet force with force, including deadly force if he or she reasonably believes it is necessary to do so to prevent death or great bodily harm to himself or herself or another or to prevent the commission of a forcible felony.”

Where’s the connection to this case? According to his own 9-1-1 call, Zimmerman says he pursued the unarmed 17-year-old Martin before shooting him dead.  Zimmerman was not standing his ground.

And he uttered a racial slur (“fucking coon”) in reference to Martin, who was black, while following him and still on the 9-1-1 call. Why he is not under suspicion of murder by the authorities is curious to say the least.

[UPDATE: A prosecutor's affidavit filed after Zimmerman was charged with second-degree murder states that Zimmerman said "these f------ punks" in his 911 call rather than the racial slur that had been reported earlier and that I heard in an enhanced recording played on television. However, the Associated Press reported: "In yet another passage in the affidavit that caught the attention of those watching the racially charged case, prosecutors said Zimmerman 'profiled' Martin just before the shooting. The document did not elaborate, and a spokeswoman for special prosecutor Angela Corey on Friday refused to explain it."]

As Roderick Long points out, some cable television pundits can’t make up their minds whether the killing was consistent with a law they don’t like or unlawful, which would enable them to condemn the authorities for letting Zimmerman remain at liberty.

TGIF: The Ubiquity of Economic Phenomena

Posted by Sheldon Richman at 10:18 AM 0 comments

Posted by Sheldon Richman at 7:42 AM 0 comments

The War on Gaza

Israel and its apologists will blame Palestinian militants for the latest flare-up of violence in the Gaza Strip, but no one disputes that relative quiet was broken when an IDF airstrike last Friday killed Zuheir al-Qaisi and Mahmoud Al-Hannani of the Popular Resistance Committees. Palestinians, though reportedly not Hamas, responded with rockets into southern Israel. At least 18 Palestinians have been killed so far by Israeli airstrikes, including a 12-year-old boy. The Israeli military said three Israelis were wounded in the more than 90 assaults from rockets and mortars.

The Israeli military said it targeted the men because they had plotted an attack in Israel that took place in August and were planning another attack. The first claim can't be true, casting doubt on the credibility of the second.

One cannot properly judge these recurring incidents without keeping in mind the full context. The Gaza Strip, which Israel has controlled since 1967, has been blockaded by the Jewish state since 2007, after Hamas won elections there. The Israeli government restricts the flow of goods into Gaza, and one Israeli official has joked about putting the people there on “a diet.” Efforts to break the embargo by human rights activists have been met by force, most egregiously in the 2010 Mavi Mamara incident in which Israeli commandos boarded the ship and killed nine activists, including a young American citizen, Furkan Dogan. Smuggling of goods through tunnels across the Egyptian border has mitigated some of the hardship from the embargo.

In 2008-2009 the IDF killed more than 1,200 Palestinians in Gaza during a three-week air and ground assault known as Operation Cast Lead.

As for the larger context, many residents of Gaza are refugees or children of refugees driven out of their ancestral villages by Zionist paramilitary forces in 1948 in an effort to establish the Jewish state with as few Arab residents as possible. See my previous post “Gaza, Sderot, and Najd.”

The Purpose of Government

The idea that "the purpose" of government  is or ever was the protection of rights is a fetter on the libertarian mind, holding it back from embracing the full logical implications of its premises. As earlier libertarians understood, the purpose of the State was/is the exploitation of honest labor (including that performed by entrepreneurs).
Posted by Sheldon Richman at 10:58 AM 4 comments

How can this be? Does Mahmoud Ahmadinejad not know there are 25,000 Jews in Iran?
Posted by Sheldon Richman at 12:01 PM 2 comments 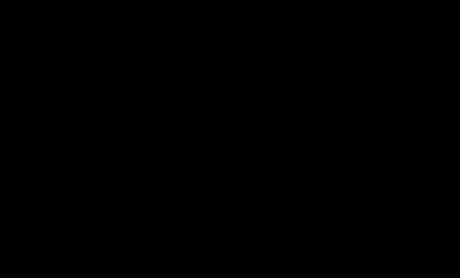 The incomparable Max Blumenthal on Benjamin Netanyahu’s speech before AIPAC and his position on Iran.

Posted by Sheldon Richman at 6:37 AM 0 comments

Some interesting things going on at deLiberation. Check it out.
Posted by Sheldon Richman at 4:57 PM 2 comments

Labels: deLiberation
Email ThisBlogThis!Share to TwitterShare to FacebookShare to Pinterest

Updated below
In a post at the LRC Blog, "Charles Koch Makes a Good Point," Tom DiLorenzo writes this:


Sheldon Richman, who was working as CATO's publications editor at the time, seemed deeply embarrassed that the op-eds I was sending him, at his request, were constantly being returned to me with such heavy editing by an anonymous person (to me) who seemed to be on the same ideological wave length as a Ted Kennedy or a neocon like Newt Gingrich. I was apparently too much of a Misesian and not enough of an intellectual prostitute for CATO, so they dropped me as an adjunct scholar....

I wish to put on the record that this is untrue. I have requested a retraction.

Update: The latest version of the post now says this:


CATO's publications editor at the time seemed embarrassed that the op-eds I was sending him, at his request, were constantly being returned to me with such heavy editing by an anonymous person (to me) who seemed to be on the same ideological wave length as a leftist like Ted Kennedy or a neocon like Newt Gingrich. I was apparently too much of a Misesian and not enough of an intellectual prostitute for CATO, so they dropped me as an adjunct scholar.... [Emphasis added.]

My name has been removed. An email exchange between me and Tom DiLorenzo makes clear that he had his timeline confused. His post refers to a time when I was not working at Cato. I appreciate that he removed my name from the account.
Posted by Sheldon Richman at 9:43 AM 3 comments


I have visited with families who’ve known the terror of [Palestinian] rocket fire in Sderot. That’s why, as President, I have provided critical funding to deploy the Iron Dome system that has intercepted rockets that might have hit homes, hospitals, and schools in that town and others. Now our assistance is expanding Israel’s defensive capabilities, so that more Israelis can live free from the fear of rockets and ballistic missiles.  Because no family, no citizen, should live in fear.

It is worth knowing something of Sderot’s history. Does Obama know this? From Wikipedia:


Sderot [less than a mile from Gaza] was founded in 1951 as a transit camp for Kurdish, Morrocan [sic] and Persian Jewish immigrants who lived in tents and shacks before permanent housing was completed in 1954. It was built on semi-arid lands, that was farm land associated with the Palestinian Arab village of Najd which was located a few miles to the south of Sderot. On 13 May 1948, Najd was occupied by the Negev Brigade as part of Operation Barak, and the villagers were “driven out”. [Emphasis added. The phrase in quotes is from Benny Morris, The Birth of the Palestinian Refugee Problem.]

Najd was one of 400 Arab cities, towns, and villages destroyed in the formation of the state of Israel, what is known by Palestinians as al-Nakba, or the catastrophe. The residents likely fled to nearby Gaza, which has been blockaded by Israel since 2007 and was subject to the Israeli Defense Force’s brutal three-week Operation Cast Lead (December 2008-January 2009), which took more than 1,200 Palestinian lives, far fewer than the 32 Israeli deaths by rockets and mortar from Gaza since 2001. One ought to be able to understand how the residents of the Gaza concentration camp feel about the residents of Sderot.

Could the Nail Have Been Hit More Squarely?

Excessive partiality for one foreign nation and excessive dislike of another cause those whom they actuate to see danger only on one side, and serve to veil and even second the arts of influence on the other. Real patriots who may resist the intrigues of the favorite are liable to become suspected and odious, while its tools and dupes usurp the applause and confidence of the people, to surrender their interests."

This Must Be Stopped! 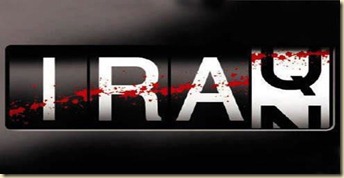 Posted by Sheldon Richman at 6:47 AM 2 comments

Op-ed: "Out of Afghanistan Now!"
TGIF: "Oil Sanctions and the Pretence of Knowledge"
Posted by Sheldon Richman at 10:25 AM 0 comments What about the Nakba deniers?
Posted by Sheldon Richman at 10:18 AM 0 comments

What's there to say about a person who can't tell the difference between contraception and conscience?
Posted by Sheldon Richman at 10:02 AM 0 comments

Funny how these students who protest Gilad Atzmon's appearances never bother to read his work before they hurl serious accusations. Why do they take Alan Dershowitz's word for anything? What credentials does he have to be taken on faith? Why assume he's a disinterested party?